What is a brain tumor?

What Are the Most Common Types of Brain Tumors?

Brain metastases or secondary brain tumours are the most common tumours of the brain. They occur in 10 to 30 per cent of adults with cancer. As the metastatic brain tumours grow, they create pressure on and change the function of surrounding brain tissue. Brain metastases can cause many signs and symptoms. Treatment is often surgery, radiation therapy or both. In some cases, chemotherapy and immunotherapy are helpful. Treatment is often focused on reducing pain and symptoms resulting from cancer.

Oligodendrogliomas arise in the cells that produce myelin, the fatty covering that protects nerves. These tumours usually arise in the cerebrum. They grow slowly and usually do not spread into surrounding brain tissue.

Ependymomas usually develop in the lining of the ventricles. They may also occur in the spinal cord. Although these tumours can develop at any age, they are most common in childhood and adolescence.

What are the most common brain tumors?

Certain other types of brain tumours do not begin in glial tissue. Some of the most common are described below:

What are the symptoms of a brain tumor?

Brain tumour symptoms vary depending on the tumours’ size, number, location and rate of growth

•        Increased Intracranial Pressure (ICP): In most patients, symptoms of brain metastases are caused by the expansion of lesions and increased ICP. The most common symptoms of increased ICP are headache, vomiting and disturbance of consciousness.

•        Headache: Headache is the initial symptom in about half of brain tumour patients and is eventually experienced by the majority, at some point.

•        Vomiting: Vomiting is an occasional accompaniment to the headache. It is far more common in children than in adults. In children, vomiting may be especially dramatic or forceful, so much so that it may be labelled as “projectile” in nature.

•        Alteration in Consciousness: Patients at some point commonly experience alterations in consciousness, including both the level of consciousness and/or its quality. A brain tumour can induce a wide spectrum of changes in mental status, ranging from subtle alterations in personality to states of profound and irretrievable coma.

•        Seizures :(Epileptic Seizures/Fits): Seizures are associated with brain tumours in almost 35 per cent of patients. Age increases the risk of epilepsy caused by a tumour especially in individuals beyond 45 years of age.

•        Focal (Specific) Neurological Symptoms: Whereas headaches, altered mental status and seizures may be seen with tumours that occur in many parts of the brain, some symptoms are associated with tumours that occur in specific locations. These focal neurological symptoms affect the side of the body opposite from the side where the tumour resides and may include different modalities of sensation such as tingling and motor changes (hemiparesis).

Pituitary tumour symptoms: Symptoms of pituitary tumours vary depending on whether they are caused by the tumour mass or hormonal changes (either too much or too little hormone). The symptoms also vary from person to person. Symptoms of tumour mass pressure can include headaches and trouble seeing, especially problems with peripheral vision. Symptoms of low pituitary hormones include fatigue, dizziness, dry skin, irregular periods in women, and sexual dysfunction in men. Other symptoms depend on the hormone that is affected. ACTH-producing tumours can cause Cushing’s disease. Growth hormone-producing tumours can cause acromegaly. Prolactin-producing tumours prolactinomas can cause irregular or absent menstrual periods in women. They can also cause a woman’s breasts to make milk, even if she’s not pregnant. In men, these tumours can cause sexual dysfunction and breast enlargement. These conditions can have serious health risks.

Treatment of brain tumors : Treatment decisions are individualized by an experienced multidisciplinary team consisting of medical oncology, radiation oncology, and neurosurgery. Treatment decisions are based on tumour type and location, malignancy potential, and the patient’s age and physical condition. Treatment may require only surveillance but commonly includes surgery, radiotherapy, chemotherapy, or a combination.

SURGERY: The preferred treatment for primary brain tumours is the maximal safe surgical removal of the tumour followed by radiotherapy and chemotherapy. Although the extent of resection is a prognostic variable, the extent of safe tumour resection is dependent on tumour location, patient performance status, and, most importantly, patient age.23 Benefits of maximal resection include relief of mass effect, decreased tumour burden, improved diagnosis, and a trend toward prolonged survival.

CHEMOTHERAPY: Chemotherapy given in combination with radiation has been shown to improve survival in selected cases. For example, carmustine wafers (Gliadel), or temozolomide (Temodar) in younger patients, placed during surgery have improved survival in patients with high-grade gliomas. Patients with the O6-methylguanine-DNA methyltransferase (MGMT) gene promoter and glioblastomas benefit from temozolomide. Treatment of anaplastic oligodendrogliomas and anaplastic oligoastrocytomas with the combination of procarbazine (Matulane), lomustine (Gleostine), and vincristine delays progression, especially in patients with 1p/19q deletions, but does not prolong survival. 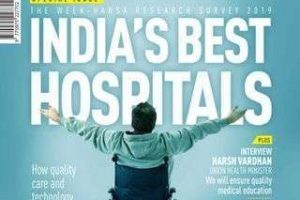 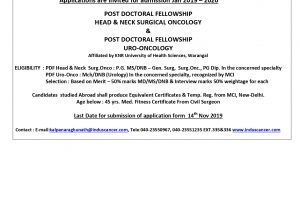